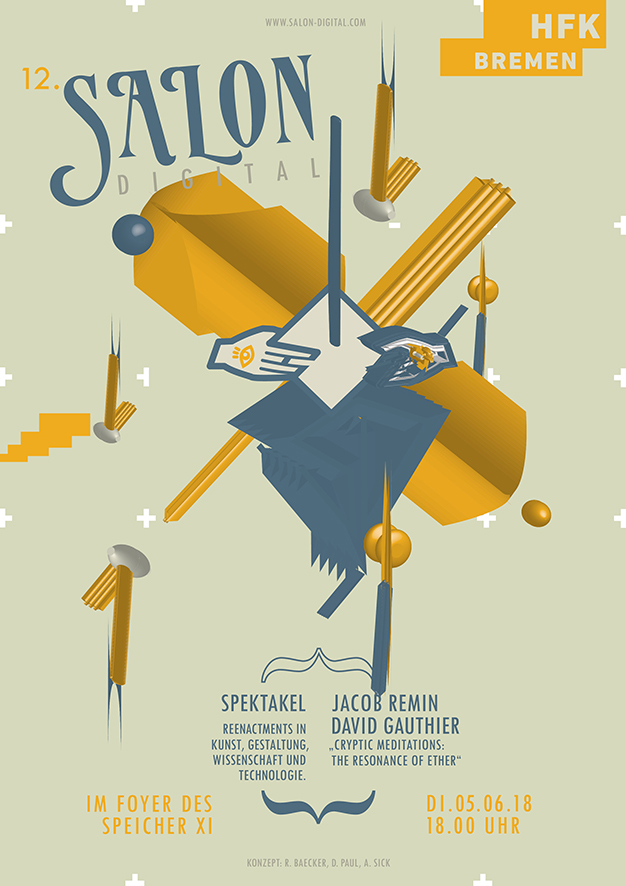 On the 5th of June 1995, a time-matter compound called the Bose–Einstein condensate was produced for the first time in history. With this condensate, quantum matter stood completely still for a split of a second, as if time stopped and rendered matter motionless once and for all. In this Cryptic Meditation: the Resonance of Ether we want to mark this mythical moment by inviting you to an outdoor séance where arcane topics such as matter-as-waveforms, actions at a distance, Aristotelian ether, medium-isms, entropy, and quantic divination will be discussed and summoned.

Sheri Wills – “What does light remember?”

DER VORTRAG FINDET IN DER GIESSEREI STATT. / THE LECTURE WILL TAKE PLACE IN THE GIESSEREI. (Room 1.16.070)

And there will be vegan brownies, vegan tarte/Flammkuchen, vegan dips, vegetables and some wine for free. And beer for „Chateau LU”-prices.

“As a small child, looking at the stars, I wondered: if light from a star takes so long to get here, what does it remember of its journey? How is it changed by its travel? Where does light go, after it can no longer be seen?” These are a child’s questions, but scientist, Dr. Lene Vestergaard Hau, is working on stopping and transporting light, and Dr. Valentina Caprara Vivoli is working to make engtangled photons visible to the human eye. Sheri Wills’s artistic research explores metaphorical questions about the material nature of captured light in terms of its capacity to hold memories and illuminate erased landscapes. Light is physical material, while the play of light and shadows (cinema) creates an illusion of reality – and one can pass a hand right through it.
Sheri Wills is an artist whose work is based in film, video performance, and installation. Her work has been exhibited internationally, including one-person shows at the Director’s Lounge in Berlin, the Robert Beck Memorial Cinema in NYC, and The International Experimental Cinema Exposition. Her films have been screened at venues including the London Film Festival, the International Film Festival in Rotterdam, and the Museum of Modern Art in New York and is included in the Rizzoli book, Sonic Graphics: Seeing Sound, by Matt Woolman. Her collaborations include live video projects with music composed by Jan Jirásek, Charles Norman Mason, Bright Sheng, and Ofer Ben-Amots and video performances with music ensembles, including the NYC choral group, Khorikos, the Providence String Quartet, Luna Nova New Music Ensemble, and Ensemble QAT in Montreal, at venues including Roulette in Brooklyn, the Firehouse Space in Bushwick, and the Czech Center in NYC. She is a Professor in the department of Film/Animation/Video at the Rhode Island School of Design. She lives in New York City.

we invite you to join us for another presentation by two visiting former students of our Digital Media Program in the context of this semester’s “Introduction to Digital Media”: 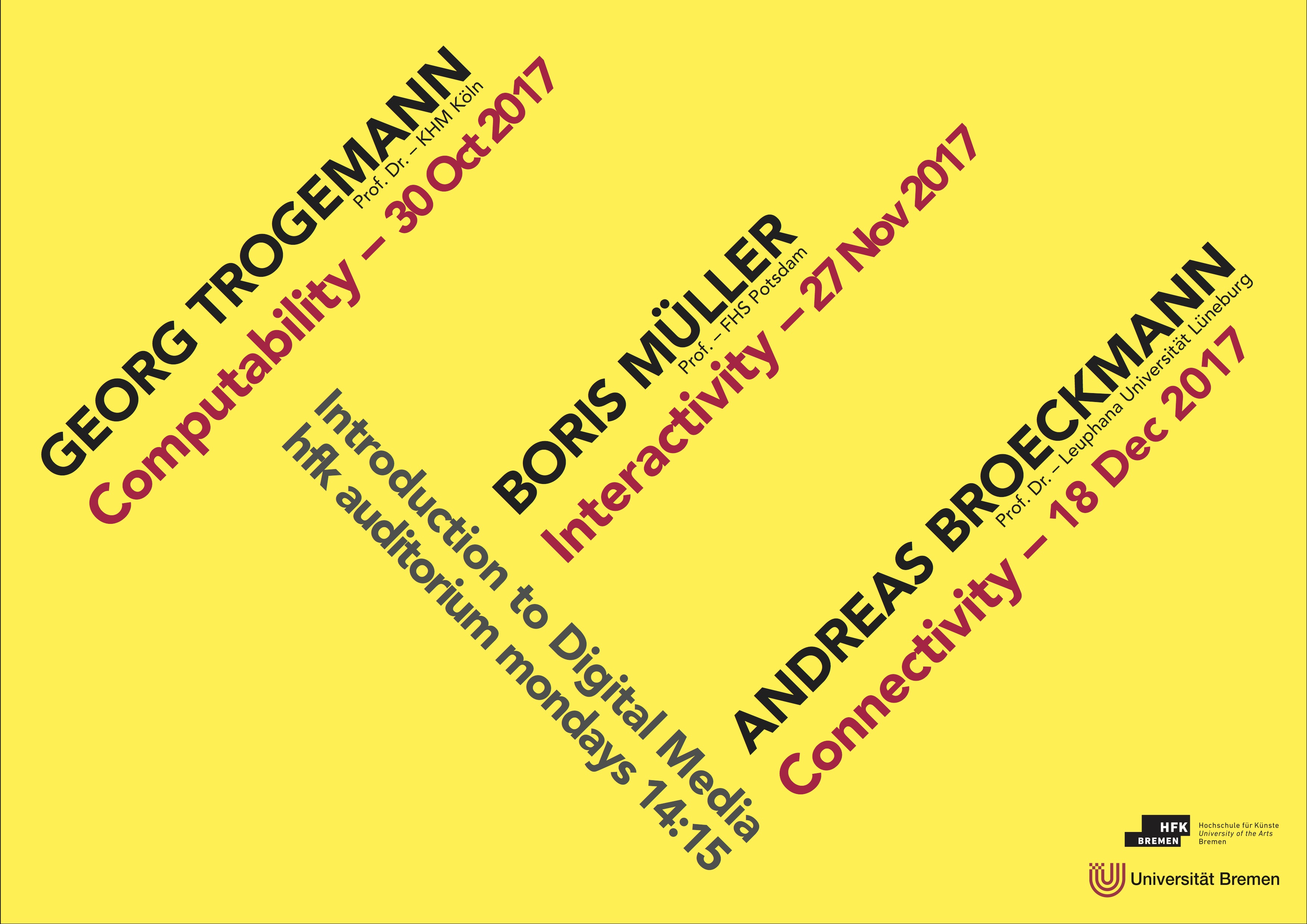 we invite you to join us for the second presentation by a visiting designer / artist / author in the context of this semester’s “Introduction to Digital Media”:

Boris Müller is a graduate from HfK. Here he studied Grafikdesign. Later he received a Master’s degree in Computer Related Design from the Royal College of Art in London. He is one of the early movers in interaction design, the emancipation of interface design. Besides teaching successfully, he is a design consultant, and extremely engaged in all matters of beauty, sharp thinking, and propagating a position. 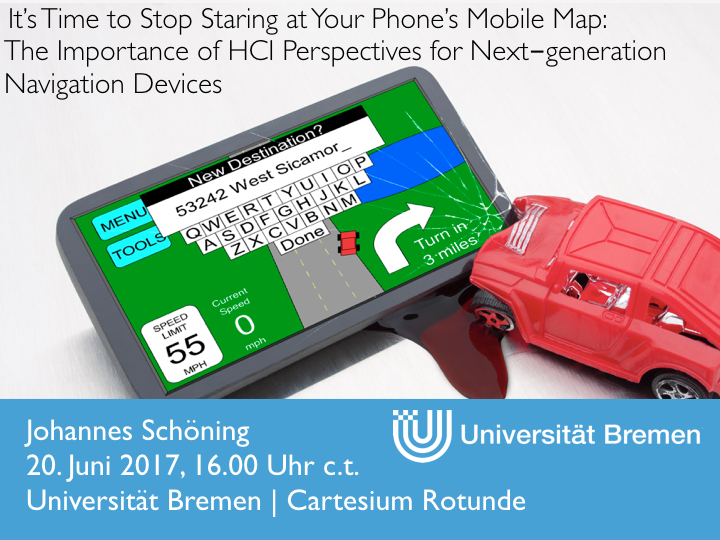 In my talk I give a broad overview of my research. My research interests lie at the intersection of human‐computer interaction (HCI), geographic information science and ubiquitous interface technologies. In our lab, we investigate how people interact with digital spatial information and create new methods and novel interfaces to help people interact with spatial information.
For example,, catastrophic incidents associated with GPS devices and other personal navigation technologies are all too common: a tourist drives his rental car across a beach and directly into the Atlantic Ocean, a person in Belgium intending to drive to a nearby train station ends up in Croatia, a family traveling on a dirt road gets stranded for four days in the Australian outback. I will characterise key patterns that exist in these incidents and enumerate implications for research and design in HCI that emerge from these patterns.

In addition, researchers and mapping platforms have shown growing interest in optimizing routes for criteria other than simple travel time, e.g. identifying the “simplest route”, the “safest route”, or “most beautiful” route. However, despite the ubiquity of algorithmic routing and its potential to define how millions of people move around the world, very little is known about the externalities that arise when adopting these new optimization criteria, for instance potential redistribution of traffic to certain neighborhoods and increased route complexity (with its associated risks). I will present the first controlled examination of these externalities, doing so across multiple mapping platforms, alternative optimizations, and cities. 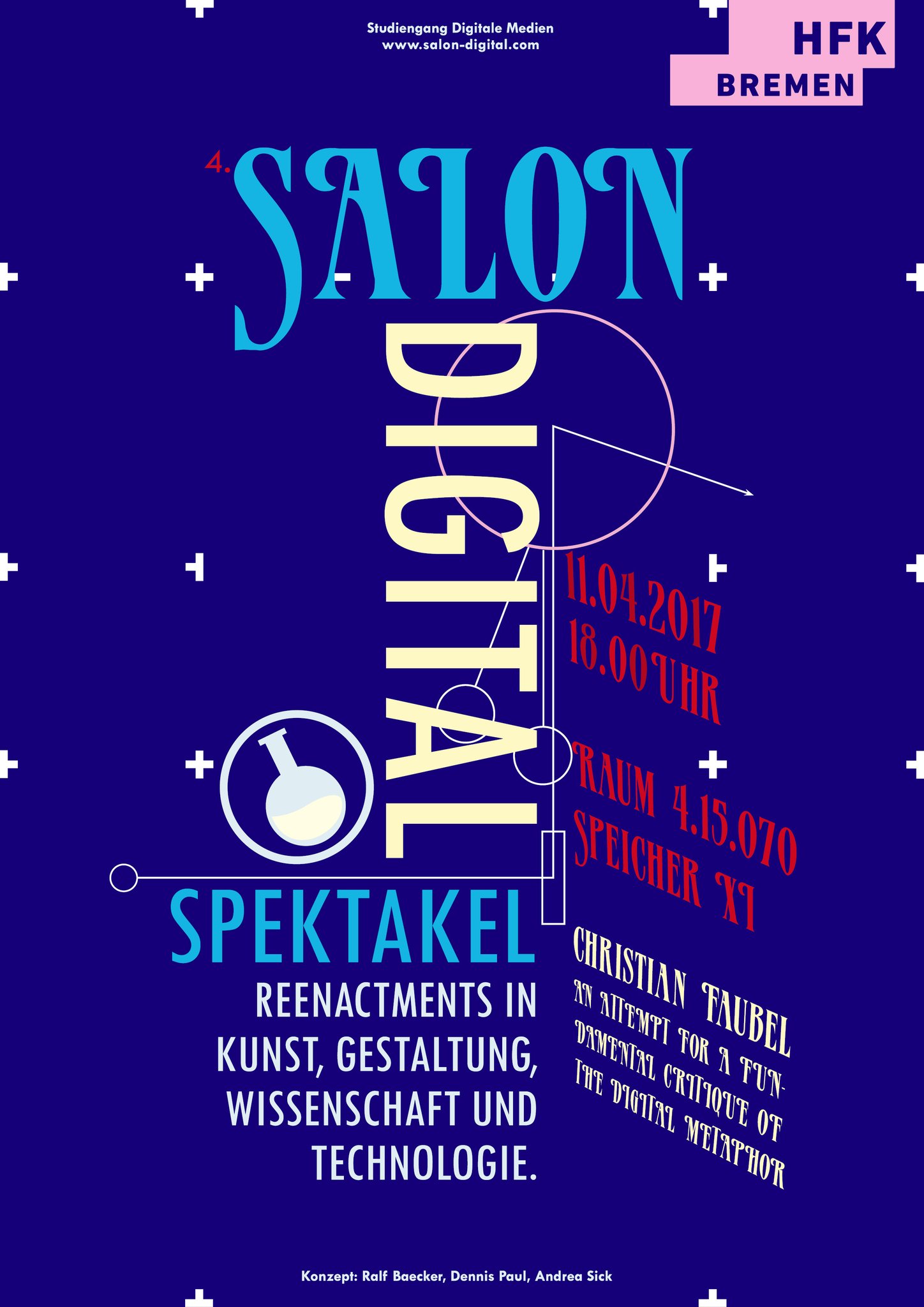 In this lecture performance I will re-stage an experimental
observation Christiaan Huygens made in the 17th century on the
synchronization of pendulum clocks. I argue that synchronizing
pendulums may serve as a model to explain similar phenomena in
organisms from synchronizing fireflies to finger tapping coordination
and turn taking in human communication. My critique of the digital
metaphor builds upon these synchronization phenomena and I claim that
the Turing machine comes short in explaining the subtle interactions
happening during synchronization. Based on this critique I will start
to elaborate an analogue framework that includes synchronization
phenomena and also has the potential for algorithmic structures. 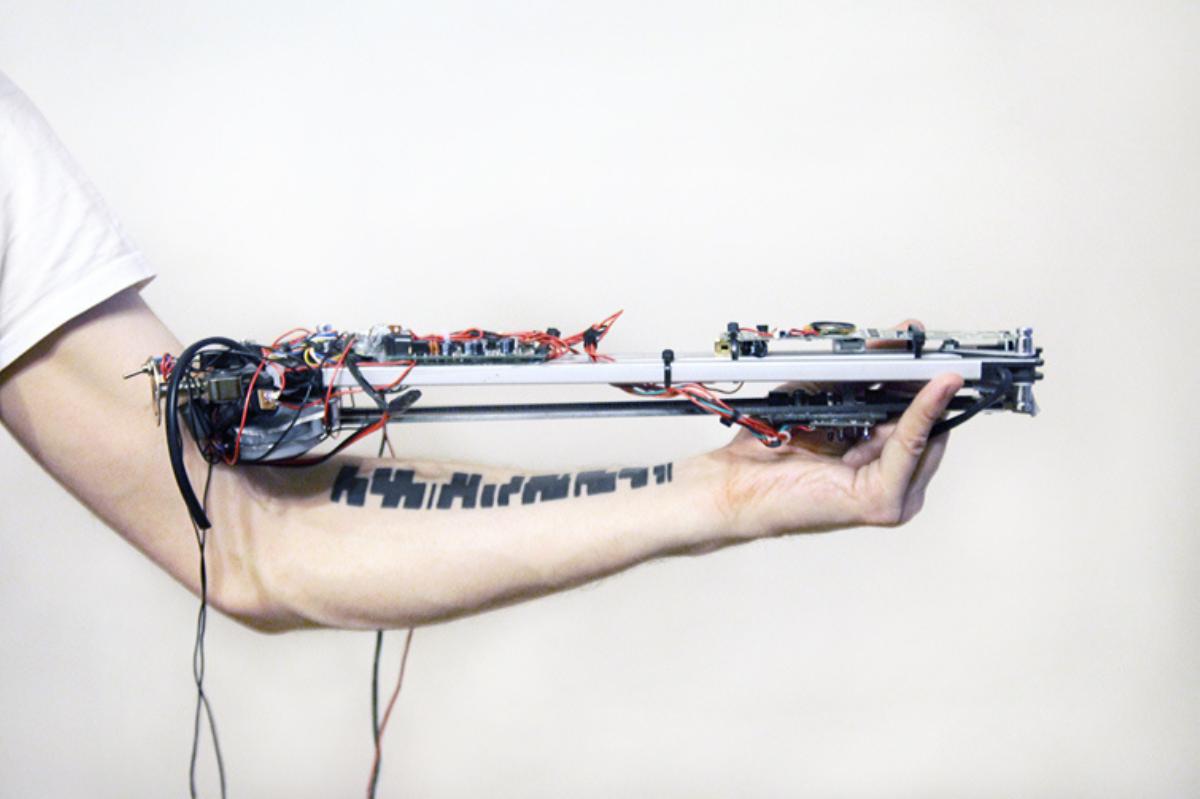 ::vtol:: is the alias of a Moscow-based media artist and musician Dmitry Morozov whose projects focus on technological art: robotics, sound art and science art. He also designs and creates experimental musical instruments and modular synthesizers. He regularly holds workshops and lectures on technological practices in art. 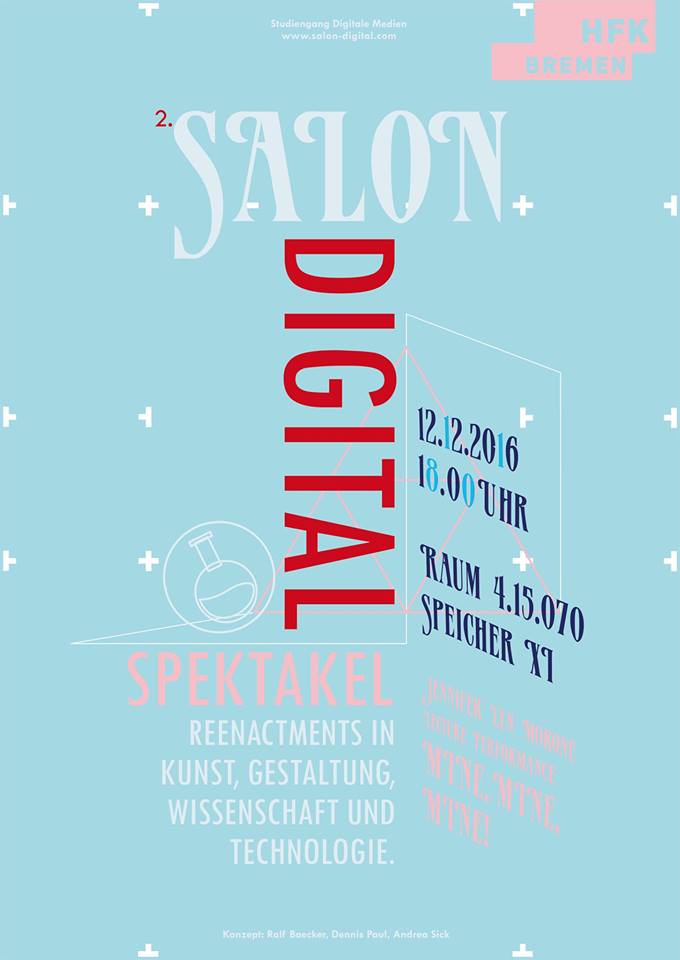 Everyone is welcome! Artists, Designers, Digitals, Musicians, or anyone else. Feel free to join as salonista. 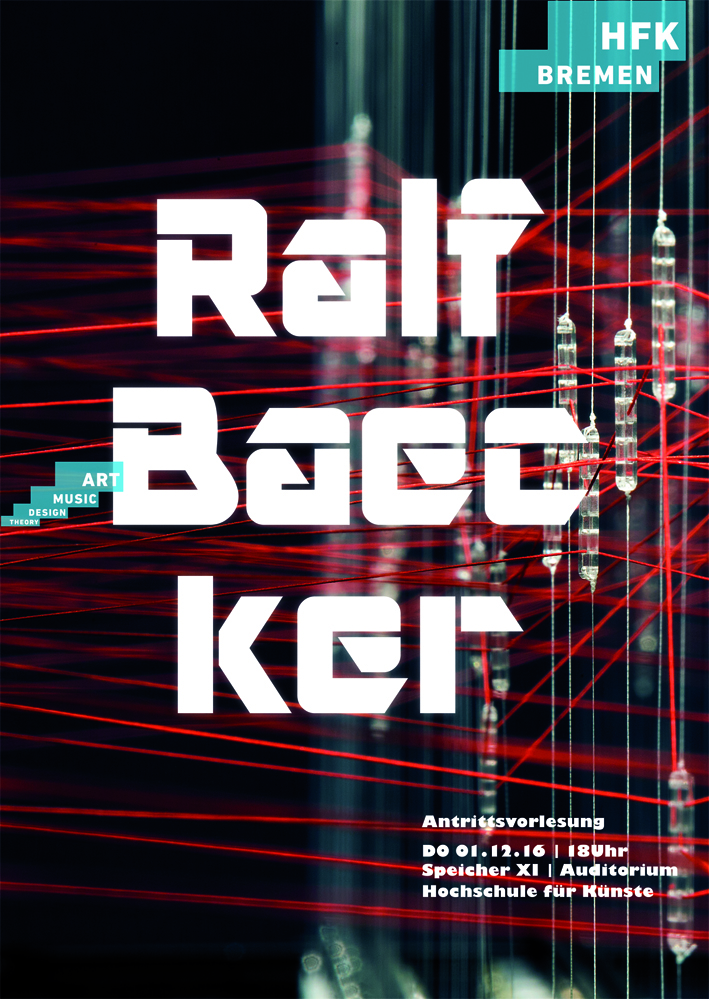 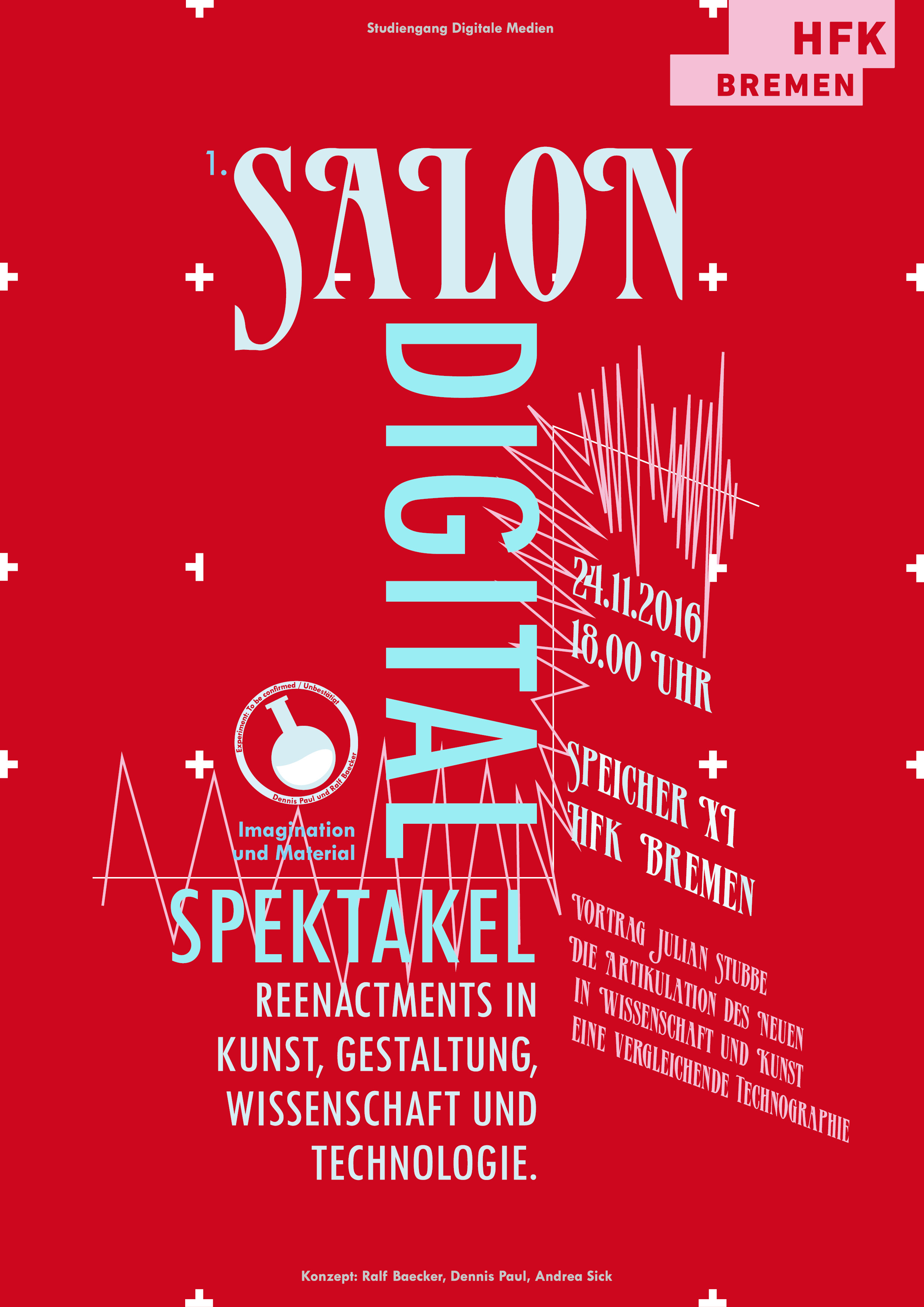