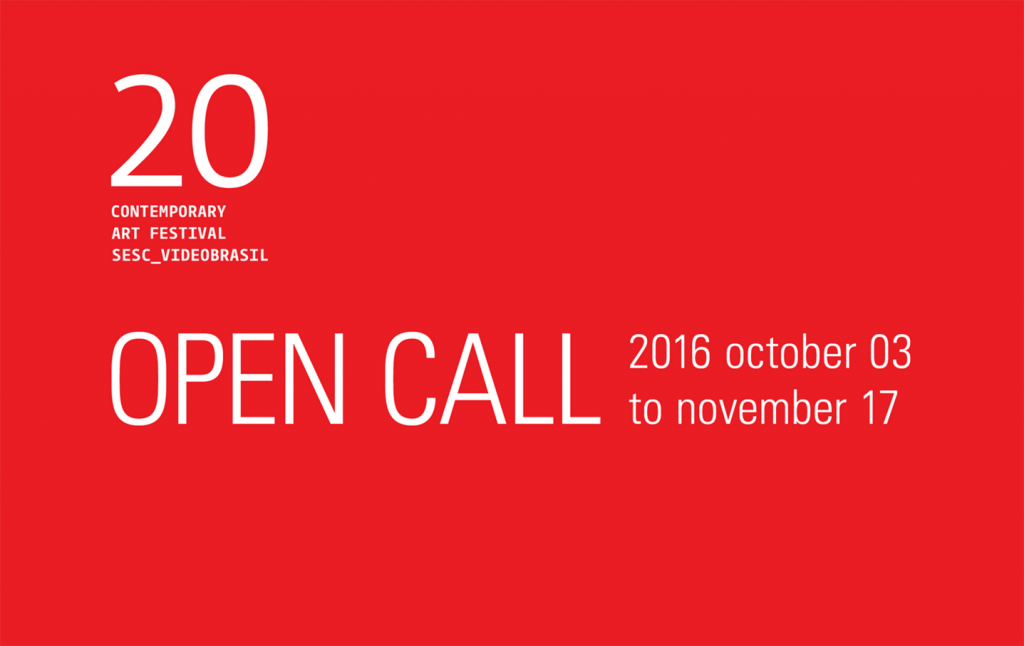 Starting on October 3, registration for the 20th Contemporary Art Festival Sesc_Videobrasil is open. Until November 17, 2016, artists from the Global South and from Portuguese-speaking countries may register, free of charge, their works on any theme, already exhibited or not. Initially focused on video, since 2011 the Festival has included other languages and media, accepting registration of collages, drawings, sculptures, films, photographs, prints, installations, sound pieces, artist’s books, objects, performances, paintings, actions involving the public, tapestries, and videos.

Up to 50 artists will be selected to take part in the art and video exhibitions, performances, meetings, public program activities, educational actions and the release of publications that happen during the Festival, now established as one of the main art platforms in the Global South. The chosen artists may also be awarded acquisition prizes and artistic residencies in partner institutions of the Festival worldwide.