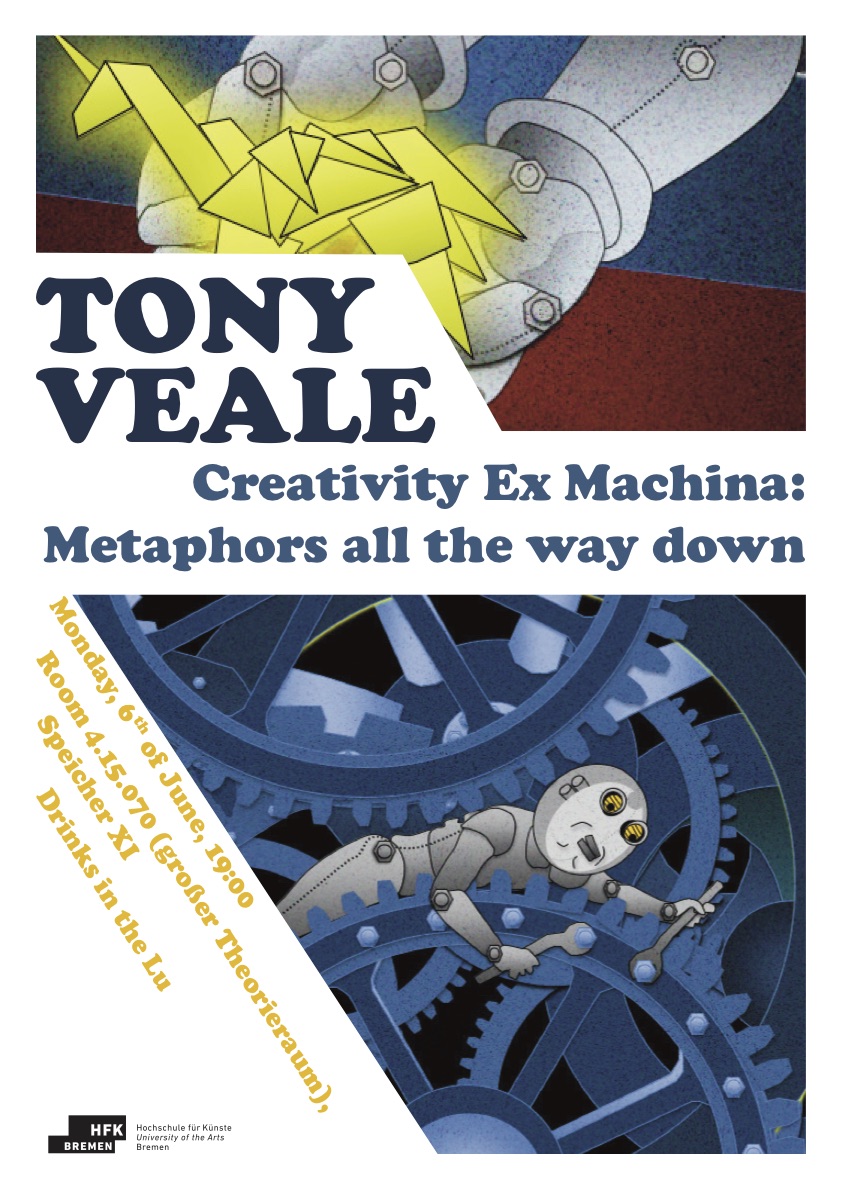 We praise our machines for their consistency, their speed and their precision, but rarely for their creativity or their insight. Yet why should we? Creativity is a very human­‐centric concept, after all, and the popular imagination has good reasons for placing humans and machines at opposite ends of the creativity spectrum. If we want our machines to exhibit the kinds of behavior that humans call creative, we shall just have to build (or teach) our machines to think more like we do. Yet the converse is also true: humans can often be more creative by choosing to act like machines, by emphasizing selection over generation and algorithms over intuitions. In the fertile middle ground between human and machine creativity, a new generation of creators is setting out to be creative in new ways: these meta-­‐creators do not generate the products of creativity directly, but build autonomous systems to generate for them. As modern inheritors of the techniques championed by the Dadaists, the Surrealists and the beat poets, these systems explore new worlds of decidedly odd but beautifully resonant combinations. Such systems elevate themselves from mere generators to true creators only when they go beyond generation, and shoulder the artist’s responsibility for selection, self-­‐criticism and filtering too.