First Idea was to simply make an electric circuit which is connected to an LED. The circuit closes when you stretch out your arm using magnets. A magnet is placed in the shoulder pad of the jacket and a small metallic plate is placed closed to the magnet. When you lift your arm the magnet attracts the plate and the LED turns on. 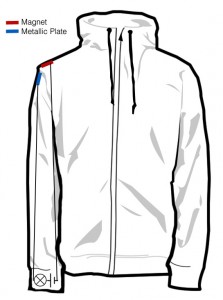 Flex sensors change their resistance when being bend. The stronger you bend them the higher is the resistance. Connecting a flex sensor to an Arduino, you can program it so the LED’s turn on at a specific resistance. Using two flex sensors on each arm might be more precise than just one. One flex sensor would be placed near the elbow and the second one close to the armpit. 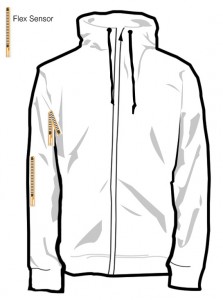 We will probably use a LilyPad Arduino since it is made for purposes like ours. To test the flex sensors we will use a regular Arduino board first. 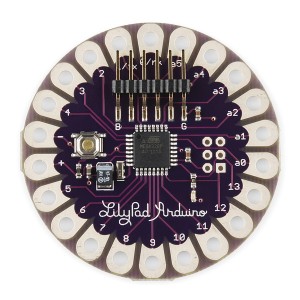 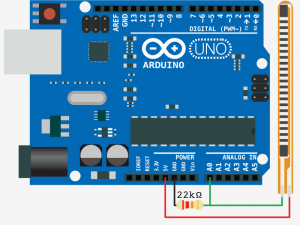 Video: How flex sensors can be used with LED’s: https://www.youtube.com/watch?v=toVFuf4kKgk